When you book with an account, you will be able to track your payment status, track the confirmation and you can also rate the tour after you finished the tour.
Sign Up
138
9 days
Read More

Unique sites, steep beaches, crystal clear waters, beautiful landscapes and the most beautiful sunsets of your life are the reasons to visit the islands of Aegean Sea. Live under the Greek sky and create great experiences. Enjoy activities, local specialties of Greek cuisine, shopping, and nightlife. Complete package that includes 8 nights’ accommodation in a hotel of your choice with breakfast, transfers, and ferry tickets.

PAROS - Leisure day with highlights of the island

Parikia is the capital town of Paros and lies on the northwest side of the island. The harbour itself is dominated by a charming old windmill that stands in the middle of the main road and a bit further by the small white church of St Nikolaos. To the south, you can follow the road that will take you to the small river and the hill of Ag. Anna. Parikia, however, is not just seafront and harbour.  Behind the main seafront road lies the old town, full of little alleyways, with small traditional Cycladic. Nestling amongst this you will come across tiny churches like the church Agios Konstantinos built on top of the ancient temple of the goddess Demeter and the remains of the Frankish castle right at the heart of the old town. The Church of Panagia Ekatontapyliani is one of the oldest, best preserved, and most important churches in Greece and is constructed on the ruins of an ancient temple, it is one of the earliest Christian churches in Greece and is found in Parikia’s park. There is also an interesting museum with various findings from different periods in Paros history.

Naoussa is a picturesque town on the north side of the island. Here there exists the ruins of a Venetian citadel from the 15th century. It boasts many churches that date from around the 16th and 17th century as well as the ruins of a Venetian Castle. There are some typical Cycladic windmills and a folk museum sited in St. Nicolas square at the centre of the village. Piso Livadi: About 8km south of Naoussa is the wonderful resort of Piso Livadi. There is a small sandy beach with tamarisk trees and not far away is the larger beach of Logaras. Drios: About 23km from Parikia and 1 km from Chrisi Akti is the village and beach of Drios. For nature lovers a few kilometres outside Parikia are the Valley of the Butterflies and there are organized tours to this area. At Marathi you can visit the caves of the nymphs. They are two by number, and by the entrance of the first there is a sculpture of the nymphs. At Dilio are the remains of the ancient temple to Apollo, and about 11km outside Parikia is the famous Asclepion, the temple to the god of medicine where the ancient Greeks sought remedies for various illnesses.

Morning transfer to the port to board the ferry to Santorini. Upon your arrival in Santorini, transfer to your hotel. Free afternoon.

SANTORINI - Leisure day with highlights of the island

We will start with Akrotiri Archaeological site. Akrotiri is a Bronze Age settlement on the volcanic island of Santorini (Thera). The settlement was destroyed by a huge eruption during the 17th century BC and buried under the volcanic ash, which preserved the whole city in perfect conditions to be referred often as “Prehistoric Pompei”. We will continue with Red Beach, well known for the unique colour of the sand and the hill behind it. We will continue with Perivolos black sand beach one of the longest beaches in Cyclades & the best beach in Santorini, considered as the trendiest beach of the island. We will walk at Megalochori (Walking Tour) at Megalochori, one of the most beautiful traditional villages of the island.

Profitis Ilias mountain: The highest peak of the island is located between Pyrgos and Kamari. The Mountain’s name is Profitis Ilias, coming from the Monastery with the same name located at the top. From this vantage point, you will enjoy a striking view of the entire island, from the patchwork agricultural plains to the hilltop village of Oia. Santo Wines: Follow the whole wine making process, from the moment of the grape pressing up to bottling. Taste the distinctive wines of the island and learn about the unique in the world Santorini vineyard! Enjoy the sunset at the end of the day.

Morning transfer to the port to board the ferry to Ios. Upon your arrival in Ios, transfer to your hotel. Free afternoon.

IOS - Leisure day with highlights of the island

Early morning transfer to Ios island, a famous tourist destination, attracting visitors with its golden beaches and the characteristic Aegean architecture. Ios is well known as the party island with the lively atmosphere and the endless fun. Upon reaching the island, the view before you is enchanting. Hora lies remarkably close to the harbour in Ormos and greets the travellers, built in an amphitheatre-like manner on the slope of a hill, on the top of which there are ruins of a mediaeval castle. This is a listed traditional village, one of the finest examples of Cycladic architecture. Snow-white little houses, picturesque arcade-covered alleys, the twelve windmills, churches with arched belfries and light blue domes create a unique residential area.

The island has 365 churches but the most important is Panayia Gremiotissa, standing on Hora’s highest spot. It is built literally on the edge of a cliff, affording an amazing view of the open sea. This place is the centre of one of the biggest religious feasts on the island, taking place on August 15.

Paleokastro stands on the northeast side of the island and used to be a fort during the Byzantine period, useful for controlling the seaways from Constantinople down to Crete. It communicated via visual signals and fires with castles in Naxos, Amorgos, and Santorini. Mylopotas, Magganari, Psathi, Yialos, Kalamos and Ayia Theodoti beaches are known worldwide –among others– to be top choices for dives in the island’s emerald waters. To explore the inland, follow the paths that shepherds prefer to take (Ayia Theodoti-Hora, Ayia Eirini-Valmas Beach, Hora-Pyrgos-Psathi, Hora -Ayios Spyridonas-Perivolia-Ayios Prokopas-Pelekania) and discover the pristine natural beauty of Ios through magic scents and colours.

At the indicated time, you will be transferred to the port for your Ferry back to Piraeus and then directly to the Airport for your Flight Home 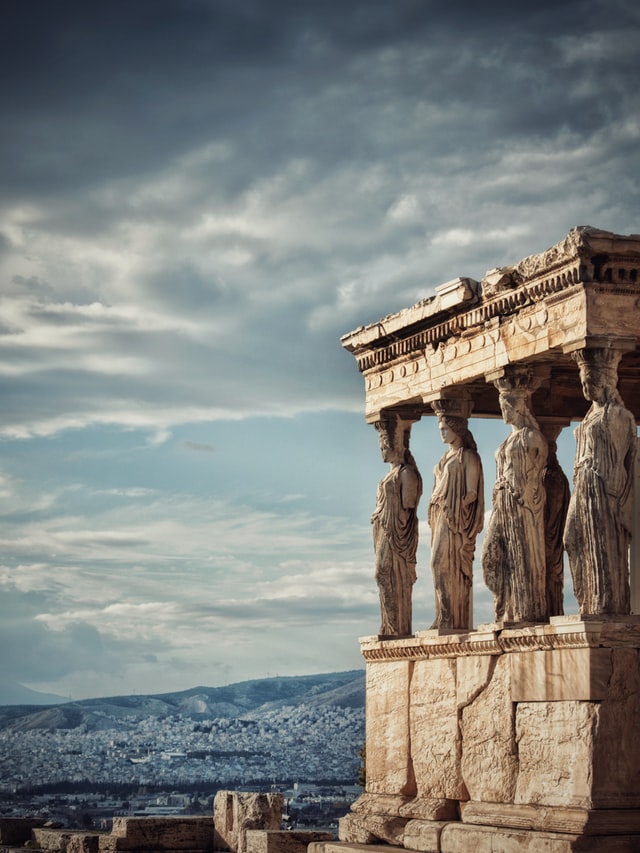